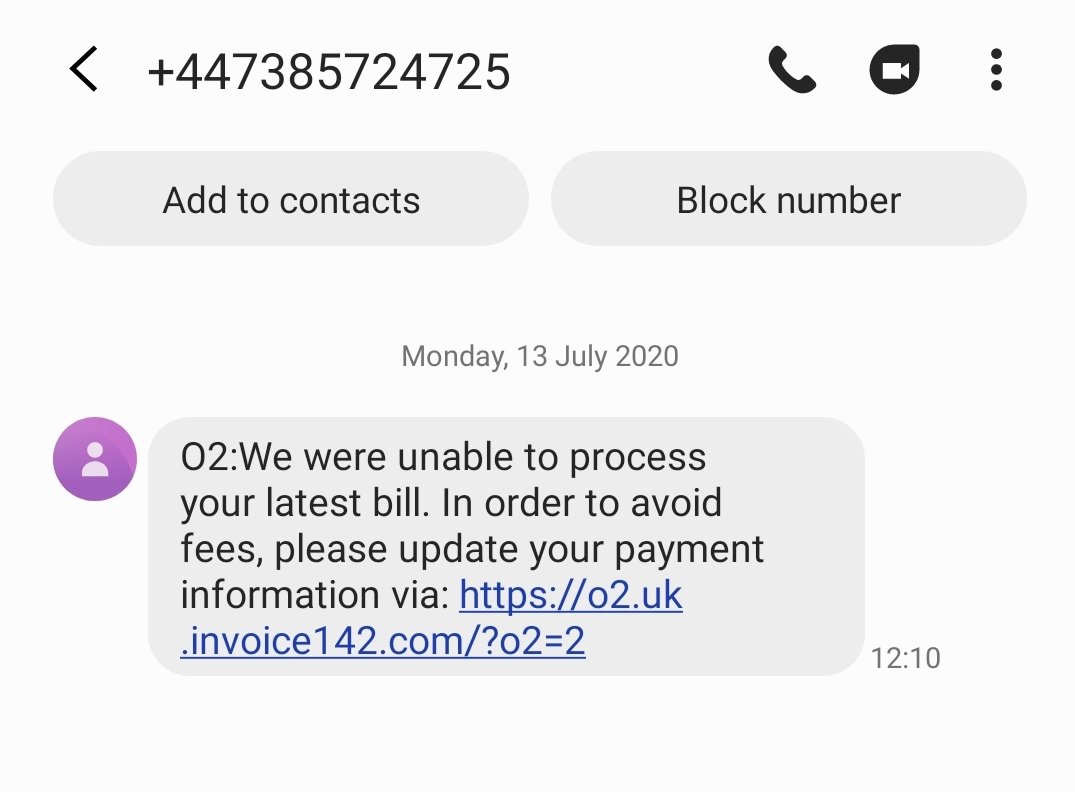 With attempts of phishing via text messages, many will be laid out the same as the email attempts or have the narrative regarding another form of communication. For example, a text message received about multiple failed log-in attempts for an email account; and the text message is asking for sensitive information regarding that account to “verify” the user. In this scenario you would be advised to not give up any sensitive data until confirming that the sender is legitimate and is regarding a legitimate claim. Majority of the time if there were multiple failed log-in attempts on your email account, you would receive a phone call from the email provider themselves, where they would verify themselves or you can verify them.

As well as emails, text messages may be sent containing malware links, therefore, you can use the same method to check the destination address for the link. These text messages mainly come from mobile numbers, which are easily identifiable by the numbers starting with “07” or “+44”. If a company is trying to contact you via SMS you would either, have received a text from the same contact previously or if this is the first time, the contact would still appear with the company i.e., Royal Mail. No established company would ask their employees to reach out to their customers using their own personal mobile device.

For more information on this you can visit Which website:
https://conversation.which.co.uk/money/02-invoice-latest-bill-scam-text/

Again, with attempts of phishing via SMS, the written context of the message could be a giveaway, with the wording being misspelt, out of context or in the incorrect order. Best thing to do, is to read and re-read the message again, make sure the text is clear and concise and makes sense as you are reading it. Reputable companies make it their practice to ensure that any content that is being consumed by the public is professional and clear, so that they can easily get their message across to as many people as possible from all different backgrounds.